The Space Launch System rocket carrying the Orion spacecraft launches on the Artemis I flight test at NASA’s Kennedy Space Center in Florida on Wednesday, Nov. 16, 2022. This mission is the first integrated test of NASA’s deep space exploration systems: the Orion spacecraft, the Space Launch System (SLS) rocket, and the ground systems. From Launch Pad 39B at the Kennedy Space Center, SLS and Orion launched at 1:47am ET. 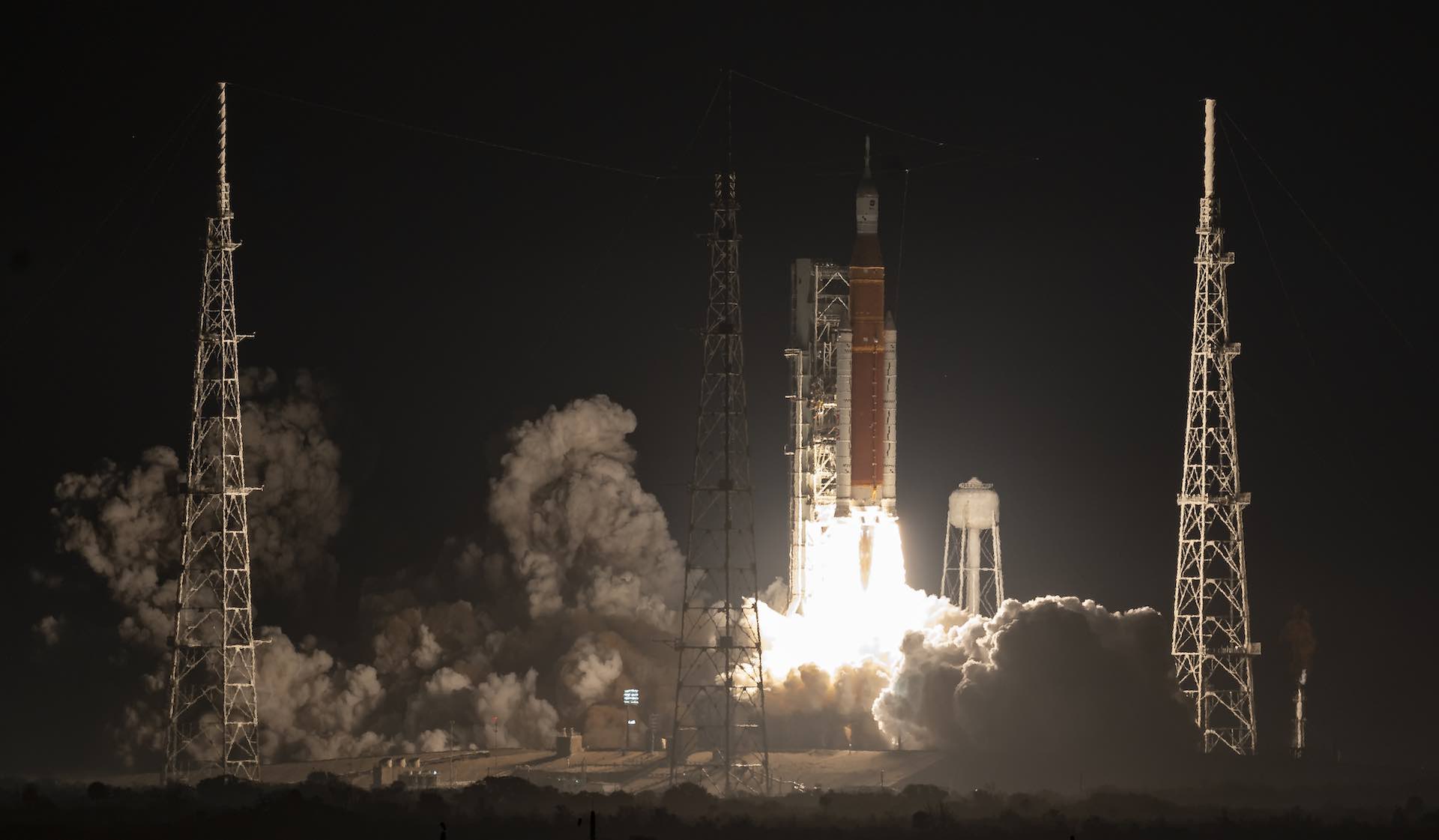 As part of the Artemis program, NASA’s Orion spacecraft will travel to the Moon following a successful launch of its Space Launch System (SLS). Taking off with an uncrewed Orion, SLS made its flight test debut at 1:47 EST Wednesday from NASA’s Kennedy Space Center.

Over the course of 25.5 days, Orion will travel approximately 40,000 miles beyond the Moon and return to Earth. Known as Artemis I, the mission is a key part of NASA’s Moon to Mars exploration strategy. The agency needs to conduct this test before sending astronauts on Artemis II.

A series of ten small CubeSats will deploy from a ring attached to the upper stage over the next few hours. In addition to solving gaps in our understanding of the solar system, CubeSats have the potential to demonstrate technologies that will assist future missions to explore the Moon.

Within eight hours of launch, Orion’s service module will also perform the first of a series of burns to keep it on course toward the Moon. Additional checkouts and course corrections will be conducted at NASA’s Johnson Space Center in Houston in the coming days. On Nov. 21, Orion will fly by the Moon, performing a close approach to the lunar surface. This will enable it to perform a distant retrograde orbit thousands of miles beyond the Moon.

Building under construction collapses in the Kenyan capital Nairobi

Axon and Skydio in strategic partnership

New space telescope reveals the aurorae and moons of Jupiter