Guinness World Records (GWR) confirms that Afshin Esmaeil Ghaderzadeh is the world’s shortest man with a height of 65.24 centimetres and a weight of just 6 kilograms. Afshin received the certificate from GWR officials at the Radisson Blu hotel in Media City. It makes me happy and privileged to hold this esteemed honour. It is magical. In the morning, you wake up and you are famous everywhere.” Edward Nino Hernandez, from Bogota in Colombia, was the previous shortest man, measuring 72.1 cm tall on 29 February 2020. 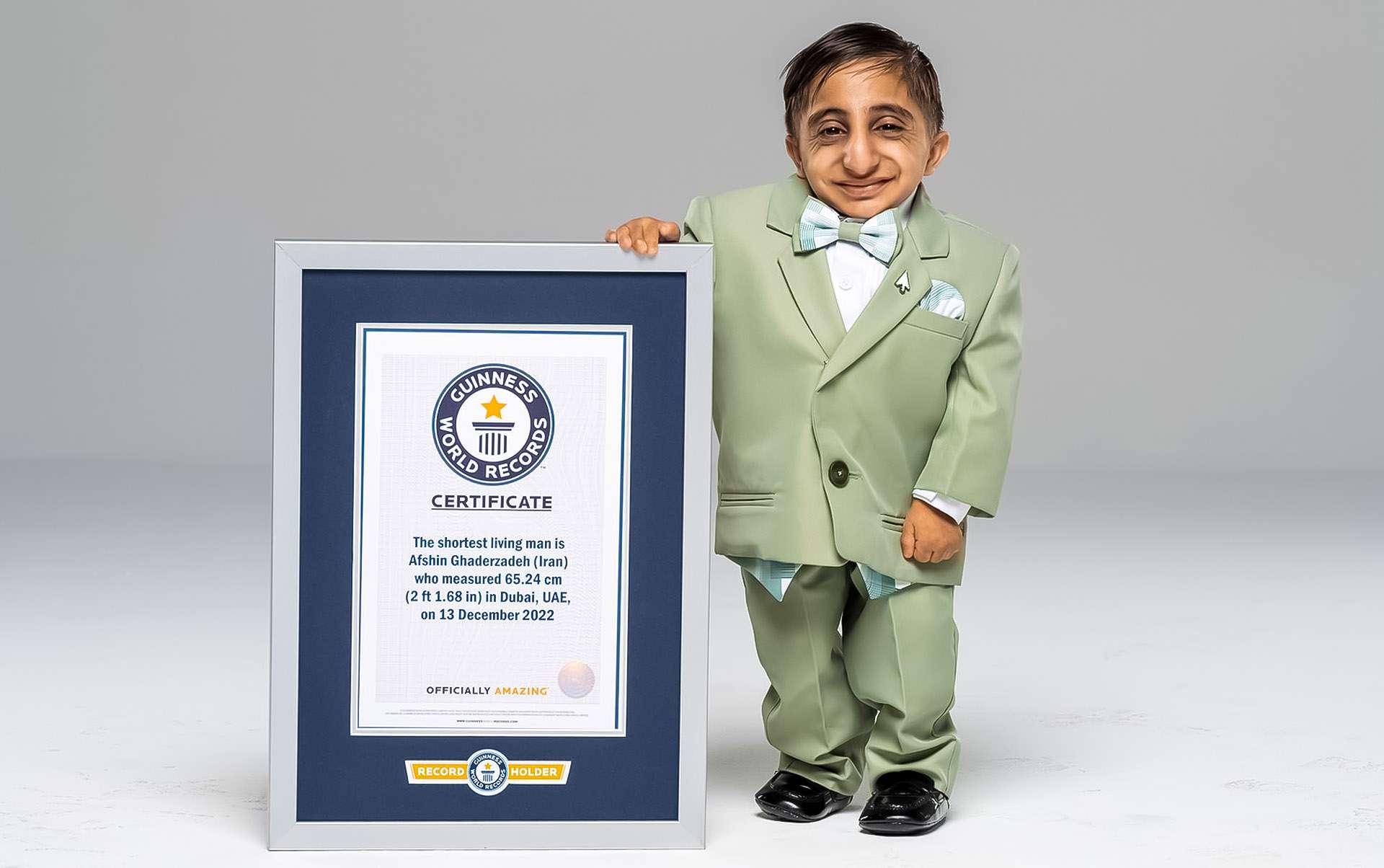 Having been raised in a remote village in the West Azerbaijan province of Iran, Afshin had an arduous life. When Afshin was just two years old, his parents learned of his condition. Khatoon, Afshin’s mother, said he weighed 700g at birth, and his growth was slow. “We were disheartened” when the parents learned of the condition, but were thankful to God for blessing them with a son, said Khatoon, who had to abort two fetuses because of complications.

This is a genetic condition, the doctors said. She said, “We need to monitor Afshin’s routine every minute and get him checked regularly.” Khatoon works on fruit farms, and her husband Esmaeil is a construction worker. We must manage our work schedule for our child. I am with him when my wife is at work. In some cases, she has to carry him on her back without me,” said Esmaeil.

Since the short man had to be monitored every minute, he could not attend school. “Wherever I go, people have appreciated me, and I’ve made many friends around my neighborhood and wherever I travel,” said Afshin, who has attended special classes with relatives and us.

Afshin enjoys getting attention. People have even posted selfies with me and tagged me on social media, according to the record holder, whose friend recently gifted him a phone. In his spare time, Afshin tries to gather knowledge through the internet, as phones can be heavy to use for a long time. “I know the world’s tallest man.” I might fit in his palm,” Afshin jokingly said. Recognition could help him ease his parents’ lives. They have sacrificed a lot for me. Afshin concluded, “I want them to be happy and live a better life.”